Every black history month, students all across the United States read and listen to stories of the most notable African-Americans. Like Harriet Tubman, who worked against slave laws to bring people to freedom, those who became educated despite laws to prevent their education and worked with abolitionists, like Frederick Douglass, who convinced Abraham Lincoln* to allow […]

My research into the early Transatlantic Slave Trade

Afrofuturist Abolitionists of the Americas

This Kickback has a pdf version (here)

The Transatlantic Slave: Trade A Brief Look at its Origins. Anarkata Freedom School by LSCJ

Part I: Beginning on the Iberian Peninsula in the mid…

Africa in the Arts of Philadelphia: Bullock, Searles, and Twins Seven-Seven an exhibition at the Woodmere Museum of Art, Philadelphia until May 17, 2020   https://woodmereartmuseum.org/experience/exhibitions/africa-in-philadelphia-bullock-searles-and-twins-seven-seven       The history of Philadelphia is enmeshed in in the multi-century struggle for African-American emancipation, political autonomy and economic access.       The Mother and Tatooed […]

The Long Reach of the Orishas: West Africa in the Art and Life of Philadelphia

Yoruba People The African diaspora, the dispersal of African people During the Trans-Atlantic slave trade, many Africans were sent to the West Indies (Caribbean) from West Africa (Nigeria, Benin). Those descendants live in Cuba, Haiti, Puerto Rico, Trinidad and Tobago, Brazil, Dominica, Saint Lucia, and other parts of Latin America.  The religion of Yoruba people […]

A festival is an event ordinarily celebrated by a community and centering on some characteristic aspects of that community and it’s religion or cultures. It is often marked as a local or national holiday. Festivals often serve to fulfill specific communal purposes, especially in regard to commemoration or thanks to the gods and goddesses. Celebrations offer a sense of belonging […]

The Court of the Oba of Benin is one of 12 of his works on sale from the auction house’s London base and they all reflect this thinking. A previously unknown work by Ben Enwonwu, Nigeria’s most celebrated 20th Century visual artist, is up for auction in an online sale organized by Sotheby’s. The Court […]

Once unknown Nigerian ‘masterpiece’ by Ben Enwonwu up for sale 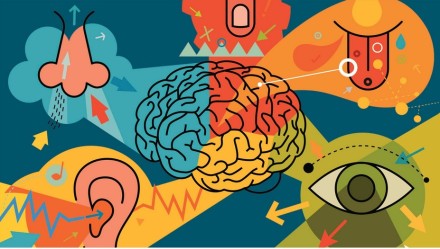 Science Over a Cuppa

For those of you interested in the overlap between Ehlers-Danlos (EDS)/hypermobility spectrum disorders (HSD) and autism, sensory issues in EDS/HSD probably come as no great surprise. Nevertheless, this is an area of similarity that’s remained poorly explored and so I’m going to review some of the sensory differences we know occur in these hereditary connective tissue disorders that share a loose overlap with those we see in autism.

Like some folks on the autism spectrum, zebras are not always known for their coordinative prowess [1, 2]. This is because there is some kind of impairment in the sense ofproprioception, which is the sense of knowing where your body is in space. Mind you, this doesn’t mean that some individuals may not be accomplished in particular areas like dance or sports. But they may be more prone to accidents in everyday life. The severity of these deficits…

Our final story brings us to a complex legend of African Cuba, in the story of Yemaya, the Orisha of the sea, and Inle, the Orisha of medicine, and the space where rivers meet the ocean.

The Story of Yemaya and Inle

Before he became the Orisha of medicine and where the rivers meet the sea, Inle was a talented doctor who traveled from village to village curing the sick and teaching the medicinal usage of plants.

After a long day, Inle liked to sit by the shore and fish. He was always very successful, even when he would drift off into a daydream. Meanwhile, to his ignorance, he was being watched. As the sun set and he turned to leave, he heard a splash from the water, but upon looking he saw nothing. This would occur over the next several nights, until one evening he turned after hearing a loud splash, and there before him, positioned on a half sunken boulder, was a beautiful mermaid.’

The Story of the Siempre Viva

Where she came from, Siempre Viva was considered a weak plant, and everyone stepped on her. Tired of being treated so badly, she went to Obatala the gentle orisha of peace and wisdom. Asking for his help and blessings, Obatala in an act of grace and kindness, gave Siempre Viva the gift of immortality. Obatala had mentioned a pestering neighbor who had become an enemy over the years. Siempre Viva got a clever idea to intercede on behalf of the generous orisha. She first went and asked to stop interfering In Obatala’s affairs.’

The Story of Obatala and Obi.

Olodumare, the macrocosmic god from which life and the Orishas were born, looked upon the earth to see all the precious beings that now inhabited it. Among them he saw Obi, the coconut. Obi was kind and humble, maybe a bit simple, but helpful to his community. Olodumare decided to reward these virtues by making him the brightest white on the inside and the outside, placing him in his new home, high in the trees, and giving him immortality. Olodumare also assigned the Orisha Eleggua to assist Obi in his errands. Eleggua, like Obi, was always honest and true, but being an impish child also had a reputation for mischief. As time went on the heights of luxury began to corrupt Obi. He became arrogant, and vain, never bothering himself with the worries or struggles of the world below.’

A blog about African history, and heritage, through audio and video files.

Book Reviews & Recommendations of Books from Africa and the Diaspora

Black Religion in the Americas

Afrofuturist Abolitionists of the Americas

What is the fugitive's fantasy, maroon's mythology, the rebel's religion, the criminal's cosmology?

Anarkata: A Statement
The Other Sociologist

Sociology of Difference by Zuleyka Zevallos

Changing the birthing experience to increase comfort, knowledge, and safety for all birthing parents.

WELCOME! from Leslie Reese. This site is under construction.

Reading in color one page at a time...

BY GRACE THROUGH FAITH

Submit your film, screenplay, novel, to the festival and get it showcased at the FEEDBACK Festival. Full Feedback on all entries.

Reviews for children's and adult books.

A Sip of Book over Coffee

Whispers of a Womanist

What a Tangled Life I Live!